What movies will win the Oscar? 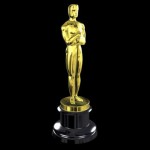 When we were growing up in the very small town of Gilroy, CA, a frequent Saturday treat was to take in an afternoon movie.  Our parents would drop us off at the Strand Theater downtown where for 25 cents we could see the latest Disney film.  My two favorites to this day were The Love Bug and The Incredible My Limpit with the ever lovable Mr. Don Knotts.

I still like to go to the movies and this year I saw two that are very appropriate for older tweens.  To my delight, both received several Academy Award nominations for the picture and the actors.  The Help is the first movie I would recommend.  I had already read the book by Kathryn Stockett and enjoyed the movie thoroughly.  The story of African American maids in the 1960’s South who come together for a writing project organized by a white college graduate whose own family maid had been forced to leave the family leaves movie goers with a strong sense of the importance of human dignity.  These maids raised the white children, changing their diapers, taking care of them when they were sick, witnessing their first day of school, their first dates and most likely helping the girls with their first period.  Set against the backdrop of the Civil Rights movement, we learn about the individual stories that spurred the movement for equal treatment for African Americans in this country.

And the second movie is The Descendants, a story of a father trying to connect with his two daughters while his wife lays dying from a tragic boat accident.  The youngest daughter is going through typical pre-teen stuff – teasing other girls, making fun of her older sister – while the older daughter tries to forgive her mother for having an affair.  Both girls only want guidance from their dad as they go through the loss of their mother.  And in the end, we learn that what matters is family ties and being there for each other during life’s adversities.  So take the kids to the movies on a Saturday afternoon and let us know your favorites.

For the Savvy Teenage Girl

We are often asked to recommend books for older girls who may have already experienced a couple of years of periods.  We are happy to have found one to pass on to you –  Cycle Savvy by Toni Weschler, MPH.  The book is subtitled The Smart Teen’s Guide to the Mysteries of Her Body and the book delivers with chapters on ‘Your Amazing and Awesome Body’, ‘How to Observe and Chart Your Cycle’, and ‘Now That You Know: From Cycle Savvy to Sex Smart’.  The Appendixes cover additional information that will help teenagers navigate the world of birth control and sexually transmitted infections.  Although these topics may be uncomfortable for parents to broach, they are still very important and necessary for girls to know.  A favorite saying in our household has always been ‘knowledge is protection’ especially where personal health and safety are concerned.  You may read more about the book and the author here.

Have You Complimented Your Kids Today?

Today is National Compliment Day and my thoughtful readers are very wise to be reading this post. You are all great parents….gee, it sure is easy to compliment. Sometimes it is not easy to do though with kids, you get frazzled and busy, the kids get on your nerves, work or other family pressures get in the way. But in the end, it doesn’t take even a minute to compliment your kids or anyone else for that matter. A simple ‘You look nice today’ said in a sincere voice can brighten any child’s day as they go off to school. Noticing a job well done on a homework assignment or home chore will increase confidence. The best bonus of compliments is that children will follow your example and spread compliments to their friends and other family members. So go ahead, compliment away, today and everyday!

Through the years, we have been very fortunate to work with many mom bloggers. They have all been very supportive of our company mission and goals and honest in their reviews of The Dot Girl First Period Kit. For a review at Parent Palace, we were even luckier as Amber also put together a wonderful video about all the different pieces in the kit, something we haven’t even done yet. Thank you to Amber for helping to educate our customers about The Dot Girl First Period Kit and help parents and daughters take this step with confidence.

We have a new website and it is all due to our customer’s feedback!  You asked for easier navigation, a better checkout process and more information.  We are happy to say we have satisfied those wishes. Our new site continues to have articles on menstruation and other puberty topics to help parents and daughters through all the first steps to womanhood.  Through our new added blog, we will continue to provide current news, book reviews, and other information to help you raise your tween daughter.  Be sure to visit often and add your comments, or sign up for our RSS feed.  Either way, we want to hear from you.  Thank you for continuing to support Dot Girl Products as we continue to fulfill our mission of educating every girl about her first period.